Mr. Goldberg in the past served as a bank analyst for emerging markets at Merrill Lynch including analyzing Israeli banks. He was also a senior partner in analyzing South African banks and contributing to EMEA (Europe, Middle East, Africa) banking strategy for Merrill Lynch. Before joining Merrill Lynch, Goldberg served as head of Excellence's research department as well as a banking analyst. He has more than 16 years' experience in the local and global capital market during which he served for many years as head of research and as a senior analyst in the domain of local banks. Goldberg is a graduate of Bar-Ilan University and holds a master's degree in business economics & finance.

Alper has been an analyst for 16 years, seven of them with Commerzbank in London and in Merrill Lynch in New York. He holds a bachelor's degree (with distinction) in economics from Tel Aviv University and an MBA from the Norwegian School of Economics (NHH) in Bergen, Norway. Alper covered the domain of wireless technology for Merrill Lynch and Commerzbank, including major companies such as Nokia, Ericsson, Alcatel, Siemens, Motorola, Amdocs, and Comverse. In recent years, Alper has covered the agrochemical, communications and technological sectors. He has more than a decade's experience in both the local and global capital market.

Gabbai possesses almost two decades of experience in the Israeli and global capital market including research and valuation of companies and in-depth knowledge of international markets including the bond market. Previously, he worked as an analyst of Israeli institutions at IBI and Nessuah and as a global stocks and bonds analyst for a hedge fund. David is an accountant by profession and speaks fluent English and Hebrew.

Elad possesses 14 years of capital market experience, three of which as an analyst in the Excellence research department. In the past he served as an analyst for Amitim, Leader Capital Markets Ltd. and Harel Finance. Elad holds a bachelor's degree in economics, business administration, and political science and an MBA from Bar-Ilan University. 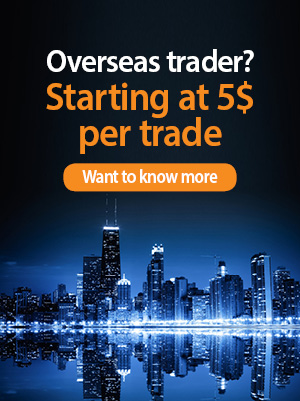